I just watched this "very special movie presentation" on PBS which was produced by Nova and National Geographic and called Darwin's Darkest Hour.  It dealt with Charles Darwin and his struggle to get his ideas published as original while being austricised by the still very church-centric public.  Darwin never claimed that there was no God, he just believed Christianity to be the wrong path, and this gave the media at the time enough fodder to demonize him.

Despite the drama involved, I only came away with one thought...

This is Charles Darwin when the film takes place: 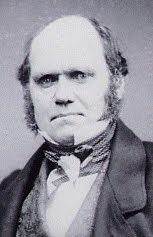 This is the actor they hired to play Darwin, Henry Ian Cusick : 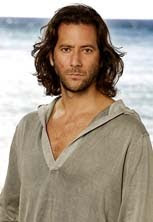 Being a bald, ugly (though admittedly not as smart) man like Charles Darwin, I take exception to this representation.  You can't tell me they couldn't have hired a bald actor or (heaven forbid) shaved Cusick's head for some semblance of historical accuracy.

I know that bald isn't sexy, but WE'RE TALKING ABOUT CHARLES FREAKIN' DARWIN HERE!  Sexy shouldn't factor into it!

Well, this actor does have experience with traveling to exotic islands and mysterious new creatures such as the black smoke monster... :p Other than that, it's all just marketing.

That sucks! When did PBS decide to get all sexy on us!? Next thing you know, Antiques Road Show will be "brought to you by Victoria's Secret." Ay yi yi...

Off to watch some Rifftrax since PBS can no longer be trusted.