When one thinks back on prior Batman movies, one might be endeared to the camp of the sixties, or impressed by the twisted schlock of the Tim Burton movies, or be turned on by the homo-erotic undertones of Joel Schumacher's bastardized versions... well, you might, but not me (*cough*). Some people might even believe Batman Begins is the first true Batman movie, as it is the first to actually feature Batman as the main character. Those people love the powerfully written script, the realistic setting, and can even forgive the movie when it gets a little unbelievable because the movie is just so darned good, and because of the uplifting and bittersweet happy ending... those people are the ones who really need to watch Christopher Nolan's The Dark Knight; those people are in for a shock.

Taking place in the months following Batman Begins, the film lets you know how much things have changed. Bruce Wayne (Christian Bale) has continued his crusade against evil, helped every step of the way by the cheery and insightful Alfred Pennyworth (Michael Caine) and with the inventions of the brilliantly discreet Lucious Fox (Morgan Freeman). Rachel Dawes (played very believably by Maggie Gyllenhaal, who has taken over for Katie Holmes, who came down with a bad case of Tom Cruise slightly before this film was cast) has moved on with her life. Her new boss and beau is Harvey Dent (Aaron Eckhart) who seems to be taking their relationship very seriously, much to the chagrin of her childhood sweetheart, who very much wants Dent to clean up the city so that he might win back Rachel's affections. Crime is down, the mob is on the run, and the charismatic and well-meaning Dent is poised to take down the stragglers with the long arm of the law and not a grappling hook. It seems as if the Batman's days of usefulness are nearing their end...

Chaos begins again in Gotham with the arrival of a mysterious clown who first steals from the Mafia then strikes a deal with them to eliminate the Batman. The Joker (Heath Ledger in what is undoubtedly the scariest performance I have ever seen on film) quickly begins to turn Gotham City's own citizens against one another, creating a wave of terror that begins to unravel the lives of those closest to Bruce Wayne.

In order to review this film properly, we have to discuss the Joker. This is not your campy sixties Joker. This is not the dapper and operetic supervillian of Tim Burton's first film. This Joker even makes the comic book version seem pale by comparison. When this Joker is on screen, you cringe at his every move. You get no origin, no reason for his illogical homicide. There is something twisted and evil in this character, but you can rest easy in the knowledge that Batman will save the day, and that the good guys will persevere.

Except that they don't.

Let me state that again for you, just for emphasis:

I won't ruin the ending for you, suffice it to say that cinema as we know it will be turned on its ear. No amount of effort, no gadget in Batman's arsenal, no supporting characters can undo the damage the Joker does in this film. You will be surprised, you will be amazed, but one thing you won't be is disappointed. As great as Batman Begins was, this one is better, and one can only speculate where the franchise will go from here.

From a cinematic perspective, this movie is heavy on plot and its length is sufficiently accommodating. The fights are more sporadic, but crisper and better-filmed than the claustrophobic Batman Begins sequences, and you get to see Batman working with James Gordon (Gary Oldman) much like in the comic books. This film seems to be heavily comic-inspired (much like its predecessor) and that dynamic is reflected in many of the aesthetics here. Batman's uniform is (finally) significantly altered from the - and I know that I'm going to take some flak for this - STUPID design of the 1989 film into something more Batman-like: He can turn his head, his armor is less-formidable, but it allows him greater and faster movement and acrobatics. There are even times when they cover his eyes with a luminescent glass, much like in the comics, but also a much better design than the production crew's of Batman Forever. I can't say how long I've waited for Batman to actually move in the movies, and it was a nice touch to see him do so (yes, he occasionally walks in this one). This film has an odd dichotomy about its production: the Joker's makeup is relatively simple compared to the eighties film, but it works well, while another character's computer-enhanced makeover is far better than any amount of latex makeup. For those fans who hated the Bat-mobile in the last film, they will not be disappointed in this one as they can hope for a new design in the next one.

Overall, I would recommend this film to almost anyone, provided they don't have weak hearts. Those who stubbornly think that Jack Nicholson's performance in 1989 was the be-all, end-all of Joker performances, you will truly be disturbed. To everyone who is sick of "Hollywood" endings, you will be surprised. To everyone who loves "Hollywood" endings, this film will shock you out of that funk. 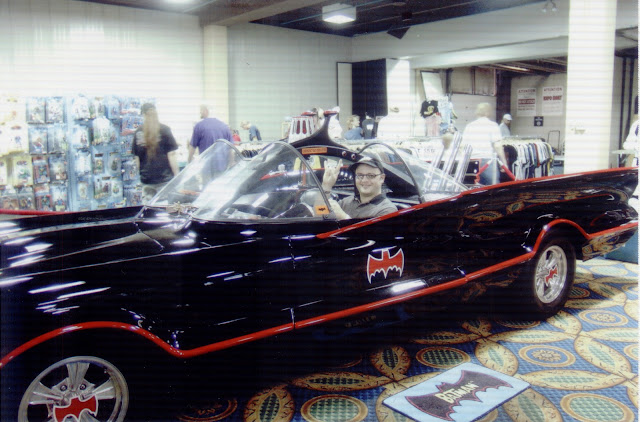