The Apple Dumpling Gang -- Not what you expect

Tonight's Nostalgia pic is "The Apple Dumpling Gang" (Disney, 1975). When professional gambler Russel Donavan (Bill Bixby, who old-timers will know from his television show "The Magician," AND NOTHING ELSE, EVER) comes to the waning western boomtown Quake City (named for the earthquakes that trouble the small fault line straddling town), he is almost waylaid by the "Hashknife Outfit," consisting of Theodore Ogelvie (Don Knotts) and Amos Tucker (Tim Conway), who almost hold him up and almost rob him… Only to be beaten by their own incompetence.

While playing and not doing particularly well in the local poker game, Donavan is approached by local ne'er do-well John Wintle (Don Knight), who convinces the naïve Donavan to pick up some goods for him while he takes a trip to San Francisco.

When Donavan shows up the next day, he discovers that the "items" are three children: Bobby Bradley (Clay O'Brien), Clovis Bradley (Brad Savage), and their sister Celia (Stacy Manning), whose parents have passed away and were being sent to Wintle who is their legal guardian by blood.

Now stuck with guardianship of the children by the local sheriff, judge, justice of the peace, and barber (all the same person), Homer McCoy (played by the always delightful Harry Morgan), Donavan must stop his plans to start a casino in the city to take care of the orphans. When the plucky kids find a giant gold and jewel-encrusted nugget after nearly dying in a cave-in at their inherited mine, they become the target of shady opportunistic townspeople, their recently returned uncle John, the Hashknife Outfit, and the much more competent criminal Frank Stillwell (Slim Pickens, professional cowpoke) and his gang.
Will Donavan do right by the children, or will he flee from his obligation?

The first thing that most people remember about this film is that it's the first collaboration between Don Knotts and Tim Conway, and while their antics do take up a considerable amount of the movie's runtime it is important to note that they are not the focus of the film.

When they team up with the kids near the end of the film, the five collaborators are collectively known as "The Apple Dumpling Gang," a moniker the kids choose because of their love of apple dumplings. The main focus of the film is on Bill Bixby's Donavan, his love interest Magnolia "Dusty" Clydesdale (played by the tomboyishly stunning Susan Clark), and their interaction with the children.
But you know what? It works, and it works well. This film is extremely comedic with some action elements thrown in, such as a burning stagecoach chase by a fire department wagon, a fistfight on a moving wagon later in the film which continues even after said wagon goes into the whitewater rapids of a conjoining river. 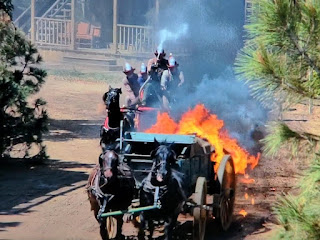 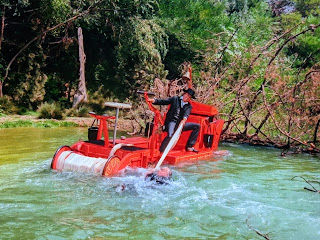 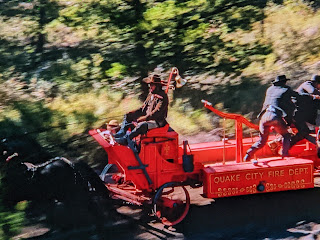 It's weird seeing the lovable Slim Pickens playing a conniving villain, but he does a great job.

This film is a great embodiment of what made Walt Disney Studio's 70s movies so interesting: It's certainly cheesy, but it's also family-friendly fun, with interesting characters, somewhat goofy special effects, and a comedic take on the western genre (which they pioneered with "Davy Crockett and the River Pirates," expanded with "The Adventures of Bullwhip Griffin" and would revisit later with "The Apple Dumpling Gang Rides Again"). I enjoyed it, and it's absolutely kid-friendly, but would kids today like it? I'm going to say… probably not.

Look, I know some modern kids, and I'm just not sure that they'd be that invested in a film that puts story and slapstick comedy over something with loud noises, computer graphics, and modern celebrities… but you never know. Give it a shot if you're feeling nostalgic, and maybe the kids will have a good time too!

"The Apple Dumpling Gang" is currently streaming on Disney+.