I've never added so many posts in so little amount of time, but things are just really happening around here.

First, the news vans showed up: 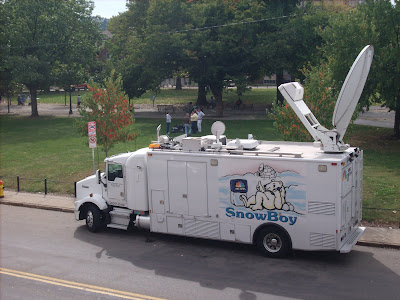 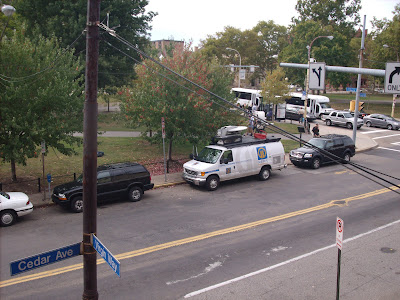 Then the news helicopters: 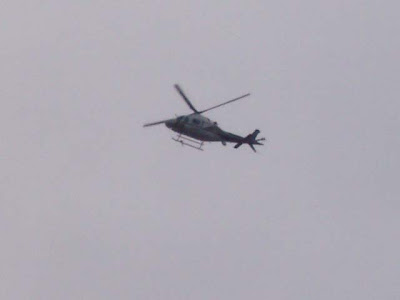 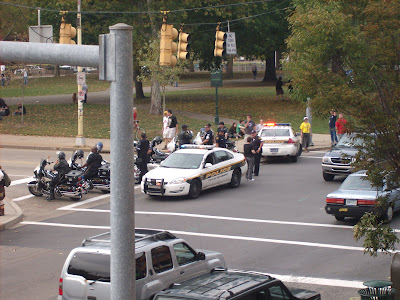 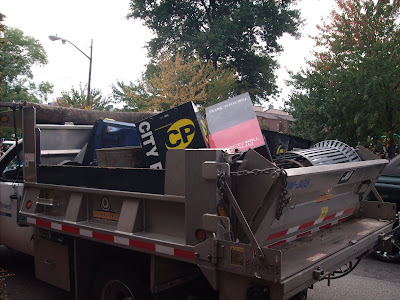 Then the protesters showed up: 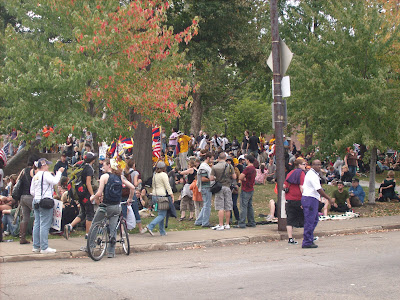 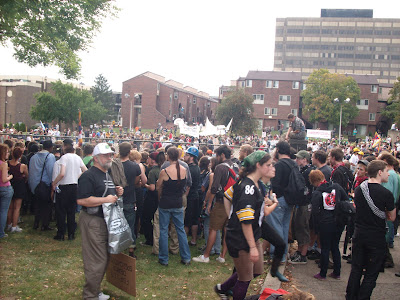 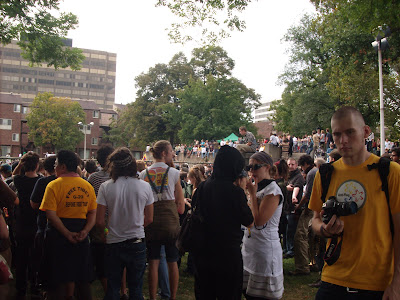 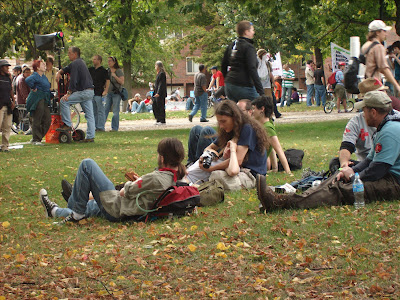 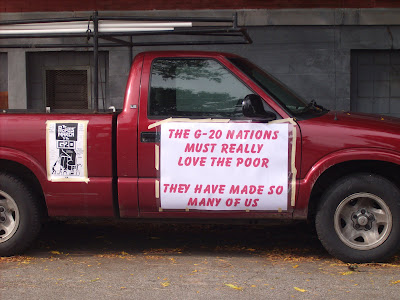 Now, it's not that I entirely disagree with the protesters - I don't.  There is a truth to the belief that the leaders of the world's economy are just backstabbing money-grubbing greed-mongers who relish in hobnobbing with the world's rich by keeping the poor in their perceived place.  I do feel that holding protests (violent or otherwise) only seeks to stroke the ego of the protesters.  You see, the people in charge only take notice when you beat them at their own game.  If all you're doing to change the world is chanting and waving a sign because you spent the last twenty years too strung out on hemp and a vegan diet to be able to fight and think about anything more constructive to do in the name of world equality, then you kind of deserve it when the communist leaders you elected forcibly take your land and send you to the slave mines.

And for you right-wing young republican types, even hippies need to use the bathroom: 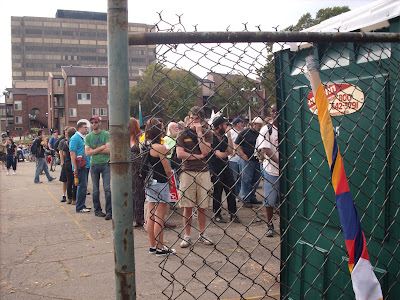 You're more alike than you think!