Outhouses on the Highway 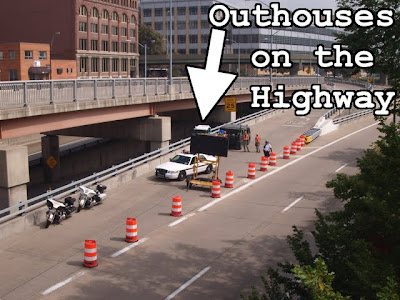 I was originally going to title this entry "Pittsburgh under Siege," but as that is a headline most locals are likely apt to use to describe the current state of the city thanks to the G-20 summit, I thought that I'd use one more sanguine.  As I have neither the inside track, reasonable press information, or more than a passing interest on the summit, I have instead opted to give my own observations on the situation from the point of an everyman.

Tip #1:  If you are considering driving to Pittsburgh during the summit, do yourself a favor and don't.  There doesn't seem to be anywhere into the city for non-bus transportation, the "T" is closed for obvious reasons, and even if you managed to get into the city, there is absolutely no parking anywhere (even the parking garages are closed).  Plan for extra time for circumventing the city as well - there are so many police, state troopers, and military personnel stationed at every bridge and tunnel that drivers who are normally stupefied by driving our streets are even more stupid and slow today.  All access to the David L. Lawrence convention center is blocked by iron fences and cement highway dividers.  The police have even erected porta-potties on the closed off on-ramps (hence the title of the article). 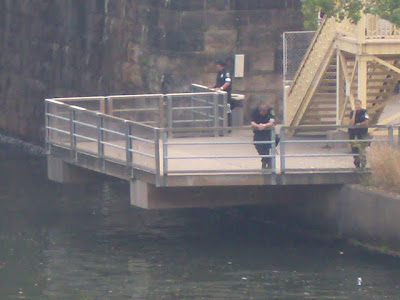 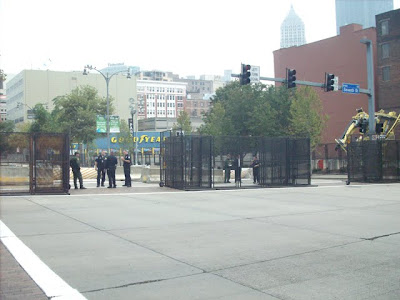 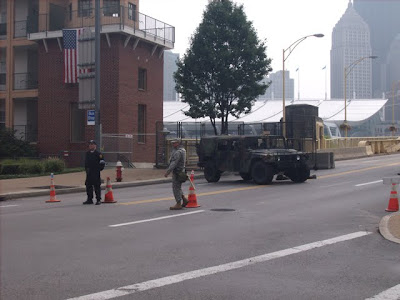 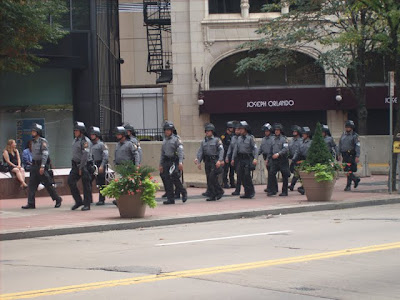 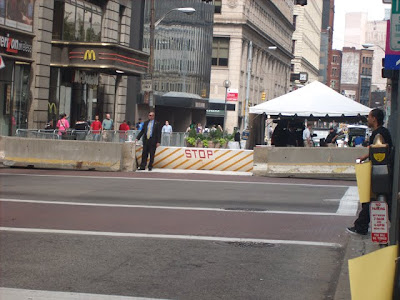 Tip #2: If you have to go, I mean absolutely have to go downtown during the summit, be prepared to deal with the whole town smelling like horse manure.  For some odd reason, the city has horsed Police officers marching around in formation.  I fail to see what the point of these officers is; all of the parks and recreation centers downtown are pretty accessible without the horses, and the cleanup will likely take days after the G-20 is over.  Perhaps it's to make the third-world delegates feel more at home? 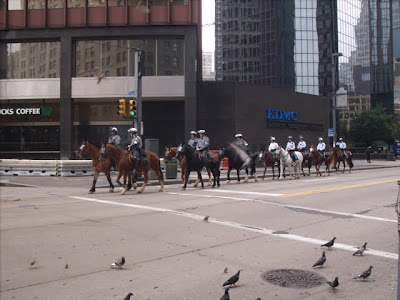 Tip #3:  Seriously, why are you trying to go downtown anyway?  Market square is torn to hell, most of the businesses are boarded up and/or closed for the summit, there aren't any protestors to speak of, nothing but roadblocks, Subway sandwich shops, and paramilitary personnel who are just looking for an excuse to use those cool-looking gas masks as they put their shiny riot gear to some use.  If you want to see what an abandoned and desolate Pittsburgh looks like, just go there on a Sunday afternoon. 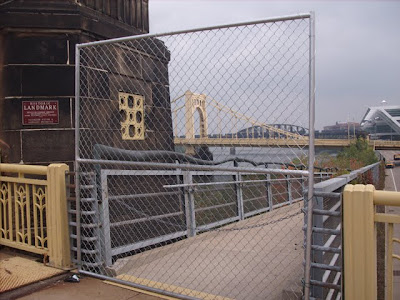 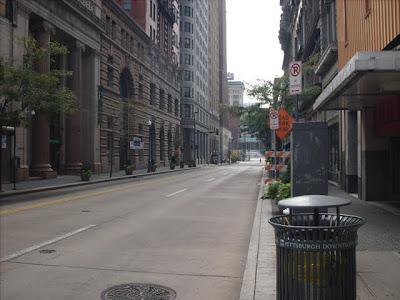 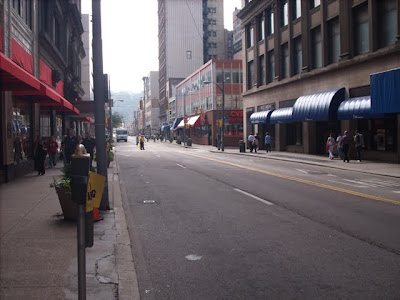 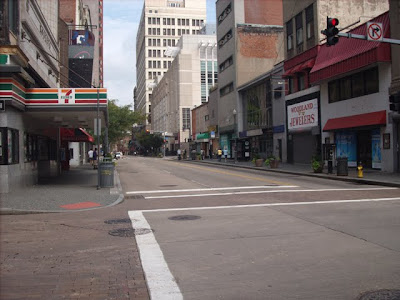 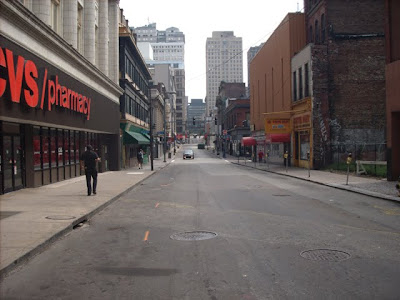 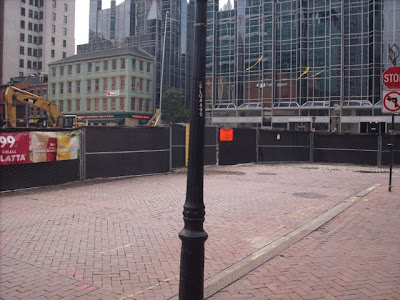 I also noticed that several businesses in Southside were closed and boarded up.  Now, I may seem a bit stupid at times, but even I can't figure out how Pittsburgh's bohemian art center feels threatened by anti-capitalist nut-jobs.  The shops are mostly small-town affairs with very little profit margins and a definite feeling of community (hey, the freaks gotta live somewhere, right?).  Anyone threatening these struggling establishments in protest isn't just a mouth-drooling idiot, they're also hypocrites. 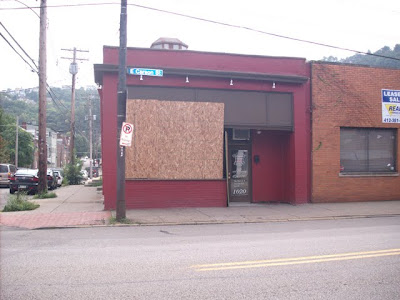 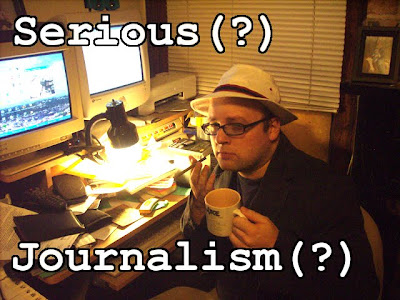